Hi, my name is Lukamir (@LukamirPB), a player from New Jersey, USA who started playing competively in 2017. I took a two-year hiatus following my first season, but thanks to the blossoming scene as a result of the new games, I have returned with a 5th place finish at Dallas Regionals and now a 1st place finish in the Rose Tower Open, the latter which earned me $250 and an invite to the Rose Tower Circuit Championship Playoffs.

This team was built in direct response to the post-Dallas meta. After identifying that six of the top eight teams at Dallas had Prankster Pokémon, I was keen on designing a team with the intent of punishing compositions that relied on Whimsicott and Grimmsnarl to swing and maintain offensive momentum in their favor. I also noted that eleven of the top sixteen teams had a Togekiss, leading me to pursue Pokémon who were capable of OHKOing it before it could punch holes with its Weakness Policy or Scope Lens sets.
To punish these leads, I sought out a Fake Out + threat combination that would consistently pin Prankster teams into losing a Pokémon turn 1 and give me early momentum. After struggling against Fake Out Gothitelle in my ladder sessions for Dallas Regionals, I immediately began testing the core of Gothitelle + Durant. In tandem, this combination can OHKO just about every Pokémon in the format thanks to Gothitelle’s Helping Hand support. However, I still needed to round out the team to comfortably handle mid to late games that Durant struggles in due to its Hustle ability. 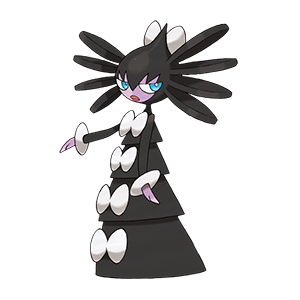 Players seem to be inexperienced with navigating Shadow Tag’s trap in the current meta, and I am excited to see the ways in which Gothitelle can be utilized in the future. This spread is a simple physically defensive set, as I was not concerned with living special attacks due to this team’s prowess in shutting down Fake Tears. Helping Hand is what makes Gothitelle so potent next to its partners, and I rarely felt the need for Protect during the tournament. I gave Gothitelle the Kasib Berry as the only Pokémon who truly feel comfortable in the presence of Shadow Tag are Ghost types such as Dragapult. 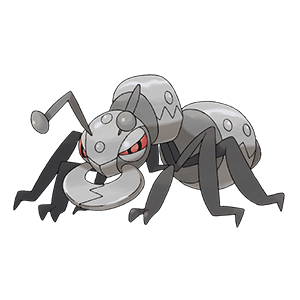 The star of the team. One of the most potent Dynamaxers in the meta, Durant thrives next to Fake Out + Helping Hand Gothitelle by having the ability to pin and take OHKOs in the comfort of trap. The mere threat of this combination allows you to use Durant as a tool in team preview to bait leads from your opponent that may allow other members of the team to flourish. There is not much else to say on Durant, as the calcs speak for themselves. 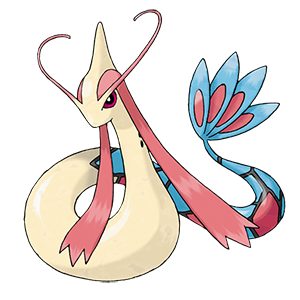 I added Milotic after testing other bulky waters (Rotom-W, Gastrodon), as it liked taking advantage of teams who lacked consistent answers to Durant outside of Arcanine. In a best of three setting, the looming fear in your opponent’s mind of a Milotic lead puts you in the driver’s seat, especially with Gothitelle giving them little room to make up for a mistake. Muddy Water is key for navigating board positions against Follow Me users and Gastrodon. Ice Beam is fantastic for punishing Dragapult, who stat drop you with Max Phantasm or Max Wyrmwind. Overall, Milotic is essential in its role as a defensive backbone that can function beyond that with its Competitive Ability. 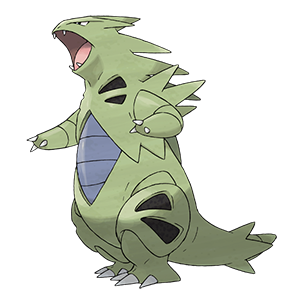 To give the team a stronger backbone, I sought out a Pokémon who handled Ghost types and Fire types comfortably, so that Durant and Gothitelle were not always forced into uncomfortable lead scenarios. I added Weakness Policy Tyranitar, as it gives me a secondary countermeasure vs the omnipresent Togekiss and Prankster spam. A Dynamaxed Tyranitar is virtually unkillable, and being able to take advantage of Gothitelle’s Trick Room / Helping Hand combination is huge in breaking through both bulky and hyper offensive builds. 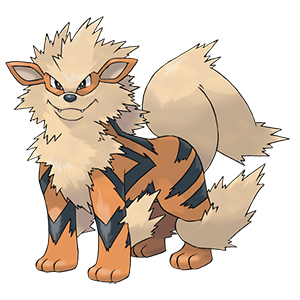 We lacked a strong way of breaking down Steel types, so for that, I added Arcanine. Arcanine’s ability to stat drop alongside Gothitelle and create comfortable positions for my threats to sweep gave the team a whole new dynamic. Its Speed allows it to outspeed max Speed Jolly Excadrill and Lucario, which gave me an efficient way to pin these threats. Safeguard over Protect is something I am interested in going forward as a way to punish teams who rely on Burning Tyranitar to stop it from sweeping. This set can also be converted to a specially based set with Heat Wave if Follow Me + Steel type is an issue. 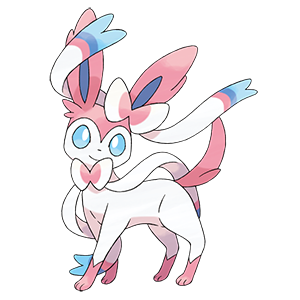 To complete the squad, I knew I would be choosing between Togekiss or Sylveon to pressure the Fighting types that threaten Tyranitar. I looked further into the option of Sylveon after noting its strength vs the Dallas Regional winning team and was impressed by its capability in testing. Throat Spray allowed Sylveon’s Sp. Atk stat to reach 231 which, with Helping Hand support, made it capable of sweeping through hyper offensive teams in Trick Room with ease. With Yawn, you can create situations vs bulky Pokémon in the late game that give it better odds of closing out a 1v1. In the mid game, it was excellent for punishing Dynamax mons like Togekiss or locking in more passive Pokémon to get stronger positioning.

Since this team has a Durant, you must identify your opponent’s strongest countermeasures against it in order to create favorable lead situations with Gothitelle. Games can be won very quickly if you predict their lead and utilize tools like Milotic, Tyranitar, and Durant to pin them into poor positions. Teams who rely on Pranksters for Speed control or momentum should be pinned immediately, as allowing opponents to get their Speed control up can be problematic. It is also imperative that KOs are taken with consideration of your opponents possible switch-ins the following turns.

There are very few leads that can comfortably handle these two in tandem. Their ability to pin is unmatched, and you will rarely lack the opportunity to take a KO turn 1. Take the KO’s you need to win the late game, and get the most out of your three max turns.

Taking advantage of Tyranitar’s bulk as a Dynamaxer and slow Speed stat next to Gothitelle’s Fake Out and Trick Room pressure is a viable option vs nearly any opposing lead combination. Tyranitar protecting Gothitelle from opposing Ghost types is ideal synergy, and with Kasib Berry there is little opposing Ghosts can do on turn 1. It is almost never wrong to max Tyranitar turn 1, but be sure to Fake Out Will-O-Wisp users.

This lead gives you the option of pinning and KOing Whimsicotts while protecting Gothitelle from physical attackers. Trapping in Pokémon with stat drops via Intimidate and Snarl can waste their Dynamax turns and set up a comfortable mid-game scenario for your offensive threats to begin sweeping.

One of the most potent cores this meta, stopping Arcanines from comfortably checking Durant allows you to begin dealing damage turn 1 with little to no repercussions. Boosting Milotic with Max Steelspike or Max Quake can create an entirely new win condition in itself and also helps vs Trick Room teams featuring Rhyperior.

Arcanine and Sylveon quickly became a favorite mode for cleaning up bulky teams in the end game, and I think they’re largely undervalued in this meta. With Snarl and Will-O-Wisp adding to Sylveon’s already immense bulk, common endgame cores such as Jellicent + Conkeldurr fail to win before Throat Spray boosted Hyper Voice can sweep.

Bring: Gothitelle + Tyranitar/Durant w/ any in back
This team was designed to handle these compositions by taking advantage of Gothitelle’s Fake Out to pin Whimsicott into uselessness. Durant can threaten OHKO’s onto both threats, while Tyranitar is immune to Whimsicott’s support moves and can comfortably attack with big damage. These teams tend to struggle vs Trick Room, so it is ideal to set it up. However, it is not necessary with the bulk of the team to close out games.

Bring: Durant/Tyranitar + Gothitelle w/Milotic/Arcanine in back
This matchup is dependent on the opposing Dragapult set. If they lack a Fire move, Durant can clean up in tandem with Gothitelle or Milotic. If their Dragapult possesses a Fire move, it is more ideal to sweep these compositions in Trick Room with Tyranitar. These teams tend to struggle breaking Milotic’s bulk in the late game, and thus it is a strong win condition.

Bring: Milotic + Arcanine/Durant /Sylveon, Tyranitar
This team has many options vs Trick Room teams. Boosting Milotic’s defenses via Durant and Arcanine is key to mitigating damage from Rhyperior while Tyranitar can put a stop to Torkoal’s tremendous damage output by switching weather. Also, Sylveon’s Quick Attack into Tyranitar’s Weakness Policy can assist in KOing setters before they can set Trick Room.

Bring: Gothitelle/Milotic + Durant w/ any in back
Leading Gothitelle with Durant threatens OHKOs on Mudsdale’s supporting cast while stat boosting for the late game. Getting in Milotic to boost after turn 1 can wrap up games comfortably due to these team’s lack of output without Grimmsnarl around to Swagger or Fake Tears.

Bulky Waters such as Milotic and Gastrodon can be difficult for this team to break if Sylveon is pressured, however I find Tyranitar’s Weakness Policy to be a strong way of breaking these Pokémon, especially with Gothitelle’s Helping Hand.

This team can struggle vs Dracovish, as it only has one Water resist, but I find Dracovish to be one dimensional. Fake Out, Intimidate, and Sylveon’s bulk allow you to navigate around it.

I think this team has room for improvement going forward, however I predict that the underlying concept of Gothitelle + Durant will remain potent in the future meta. I would like to shout out @aotobj98 and @LugiaVGC for inspiring me to create this team, and to @CasedVictory for helping me work out the concept. Thank you to everyone at Rose Tower for making the circuit a possibility, and I am excited to continue participating as the season unfolds.